A flood of inspiration

A place to feel informed, inspired, excited or even a little bit annoyed at times. 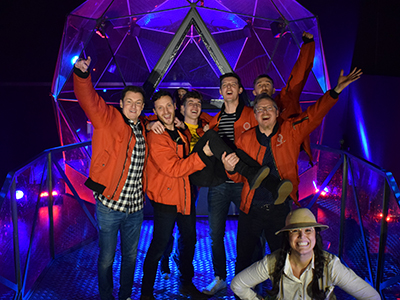 A visit to the Crystal Maze experience to kick off the annual Flood Studio Christmas Party will be a difficult one to top. With Joe re writing the rule book on team management, we finished way down on the official leaderboard but were arguably the team that enjoyed the most doubled up, tears rolling down face laughter moments EVER! Naturally food & drinks followed!  Now, what to do this year……. 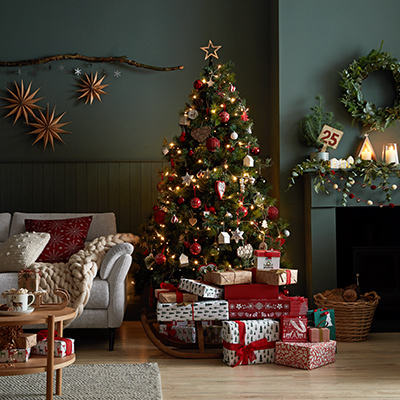 Another year nearly over…..where does the time go???

Happily there’s a distinct buzz around the studio with plenty of chatter relating to the highly anticipated works Christmas Do! I’m sure there’ll be one or two hot Vimtoe’s slurped and maybe a Mulled Wine if we’re feeling particularly jolly!😉

With this in mind I’d like to wish you all a very Merry Christmas on behalf of the team at Flood. 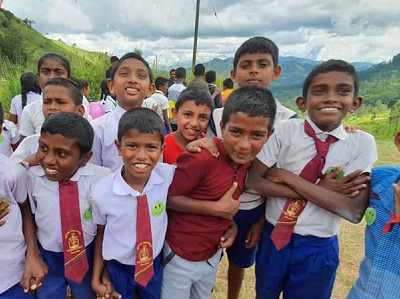 It’s been a humbling process to watch my close friends carry out their amazing work with vulnerable children out in Sri Lanka. Wrapped up in a busy life, its easy to forget what a privileged situation that most of us find ourself in, so I’m super proud that Flood is supporting their efforts.  Check out the project below 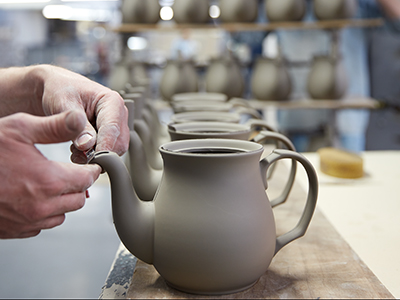 Being invited into the Denby Pottery factory to document the traditional process of making tableware has been one of the highlights of the year for me. It felt a real privilege exploring & photographing all the different departments in the journey from hardy Derbyshire clay to pottery designed to last. The craftsmanship involved in the 200 yr old process is something to behold – all in all, a fascinating day out of the studio.

Summer’s nearly over……did it ever begin? To cheer us up as the nights draw nearer, the master bakers at Cherry Tree bakery have been busy conjuring up sugary delights for us to photograph in the studio. The good news is there’s plenty spare for everyone to indulge. Now I know how Paul and Prue feel! 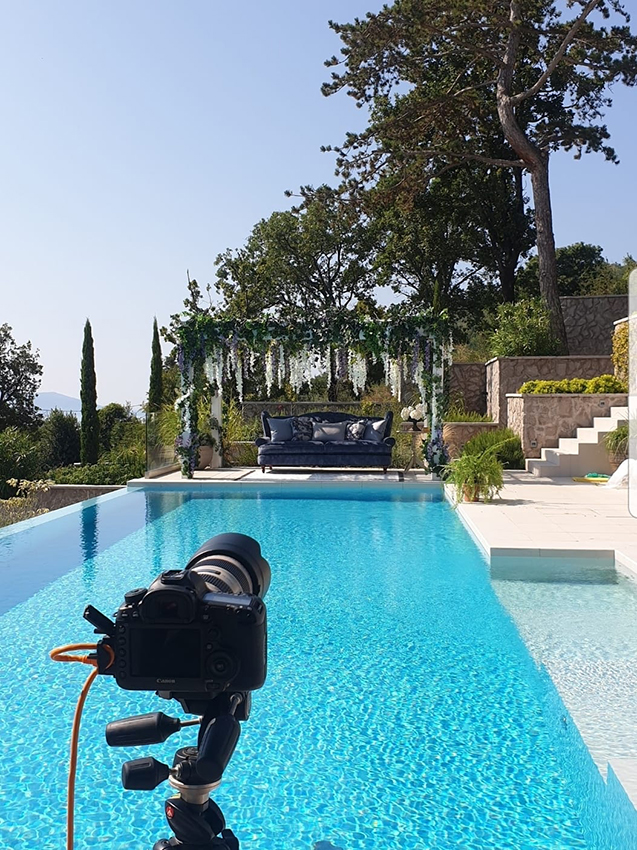 Having been under tight wraps, we can finally reveal the exciting project we’ve been working on throughout the summer. Due to our work on the lifestyle images, Sofology asked us to support their new TV campaign starring Owen Wilson. The project started in June when we flew out to Croatia to recce the locations, since then there has been lots of planning of style ideas/camera angles  and lots more packing before we went back out for 6 days to complete the job. First-rate collaboration with the other agencies involved has resulted in a very successful advertising campaign which we are proud to have been a part of….. 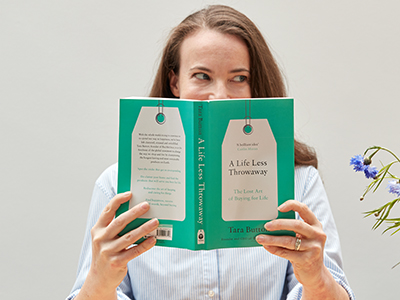 This month we had the opportunity of working with Tara Button, the author of ‘A life Less Throwaway’. She was lovely to work with & we shot a gorgeous series of images to support her mantra of buy me once. We’re lucky enough to work with some amazing British companies that produce high quality beautiful products, so it’s no surprise her message of buying long lasting, sustainable products ties in so well…..

It’s so lovely to see the Booth & co 2019 brochure land on our desks this month. With no less that 3 double page spreads & 20 full page images, the photography represents weeks of brain storming, planning, set design, set build & shoot. Throughout the process we worked closely with the team at Vado & we’re so pleased the booklet makes full use of the series of beautifully styled images shot during a busy week in June. 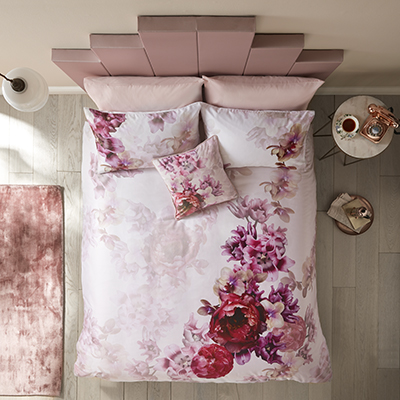 Over the years we’ve photographed thousands of bedding sets….no overstatement! It’s not very often however that we decide to ‘shoot’ overhead. Recently we’ve discovered it’s a fantastic way to showcase intricate designs like this example from Ted Baker. The graphic nature of the image give’s a truly striking aesthetic. Amazing what a new ‘point of view’ can give you! 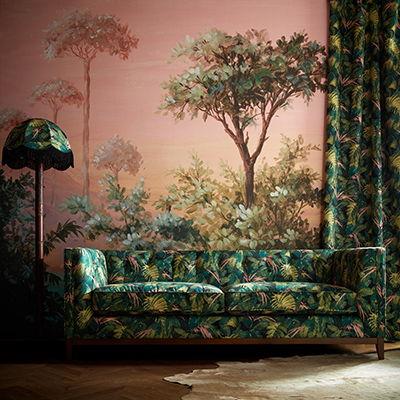 We’ve felt particularly excited to be working with superbly talented husband and wife team Paul and Nina from Woodchip & Magnolia. Their latest collection of murals and upholstery fabrics are exquisitely produced and really bring something brave and unique to the often dull world of textile and wall coverings. This Jungle themed design is definitely one of our fav’s!

We were asked to help a local Scout group in their preparation for attaining the Scout photography badge. In the spirit of the many Scout camps that I attended in the pouring rain, I decided to demonstrate the principles of shutter speed by exploding water balloons over a couple of willing volunteers. I managed to capture spectacular water droplets in motion as well as some hilarious expressions, whilst hopefully inspiring the next generation of photographers!

There’s a fresh look to the studio this year with the creation of two new beautifully crafted sets. With the onset of 100s of sofas to shoot, the challenge of  designing a modular set to provide a varied backdrop was laid down. After lots of planning, the solution was to make a series of interchangeable components, flooring options and windows. Now fully functional we look forward to utilising the 79 configurations across the ongoing shoot….. 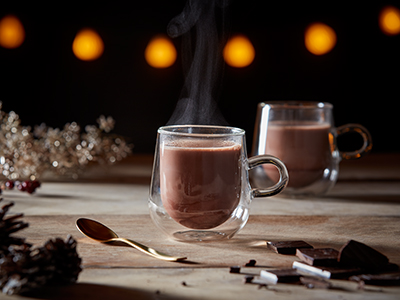 In the words of the great Noddy Holder…..’It’s Christmas!!!!!!!!!’…… which means it’s time to ‘deck the halls’, open the mince pies and indulge in the endless Christmas repeats on TV with a warm mug of hot chocolate!

From the whole team at Flood we wish you a very Merry Christmas and a happy New year! 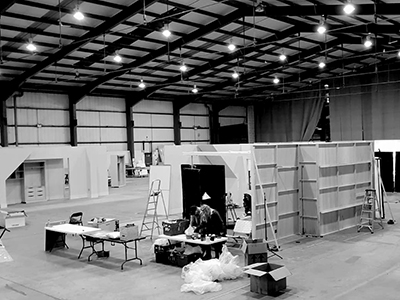 Despite Doncaster not being the most glamorous destination for a location shoot, we relished the opportunity to photograph Sharps latest collection of bedroom furniture down there.

A cold warehouse didn’t dampen our enthusiasm either….although a pair of long johns will be packed in my overnight bag next time!❄️

This is a project I’ve been really excited about photographing. It’s a massive restoration job on the outskirts of Burnley not far from where I went to school.

The town seems to be on the up….it’s a shame the same can’t be said for the football team! 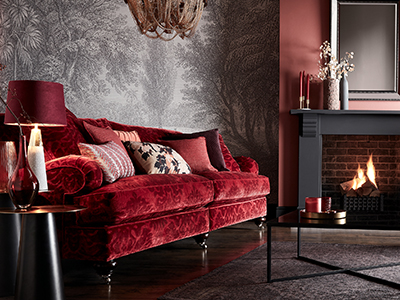 Are you sitting comfortably? /September 2018

We certainly were when we kicked off September with Sofology’s latest ‘trend’ shoot. Inspired by Pantones colour predictions for next year. This was our favourite due to it’s edgy styling whilst managing to retain a feeling of ‘coziness’.

A glass of red in front of the fire would do nicely……bottoms up! 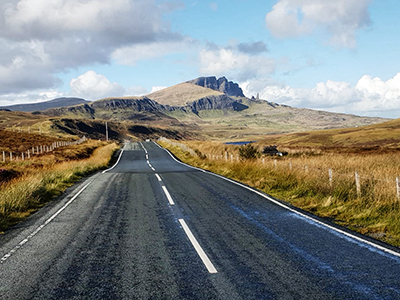 A  week long break in Scotland for some R&R was just what I needed after a busy summer in the studio.

It was a time to empty the mind and take in some of the incredible scenary the British Isles has to offer.

I also braved the chilly swells of the North Atlantic to ‘enjoy’ a spot of Bodyboarding. Those icy waters made me appreciate the trip to the whiskey distillery even more!! 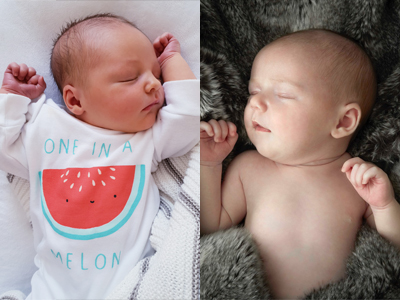 There’s been lots of baby talk over the past few weeks in anticipation of the arrival of two little bundles of joy!

Congratulations to team members Sam and Paul who both became fathers this month to beautiful girls Erin and Ella.

It’s all worth it of course!

Being keen fans of the sport, we are delighted to sponsor a small, local dedicated junior cycling team. The Green Jersey are posting some impressive times & have a number of high placing & wins in national competition.We wish them well especially with the Junior Tour of Ireland on the 10th July, the Flood training kit looks like a winner!

We are really buzzing to be shortlisted for a Hive Creative and digital award this month which see’s us facing some of the best in the business from our local area. #hiveawards18 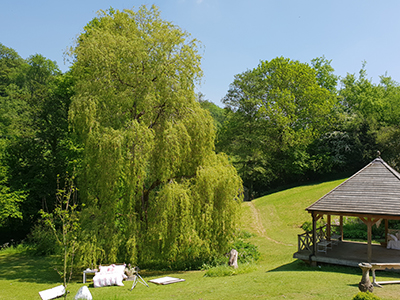 It was lovely getting out of the studio for a few days this month and enjoying the great British sunshine, breathing in some fresh country air and shooting some brand new bedding designs with the Cabbages and Roses team 🙂

Following on from the latest trend which is ‘Colour blocking’ we decided to use this with maximum effect on the latest Sofology room sets.

What do you think?? 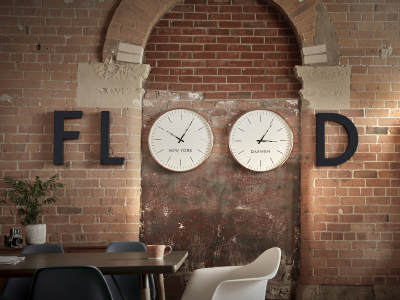 We’ve managed to make time to put one of our new brand signage ideas into practice as part of our studio spruce up…so there’s definitely no excuse to be late then. 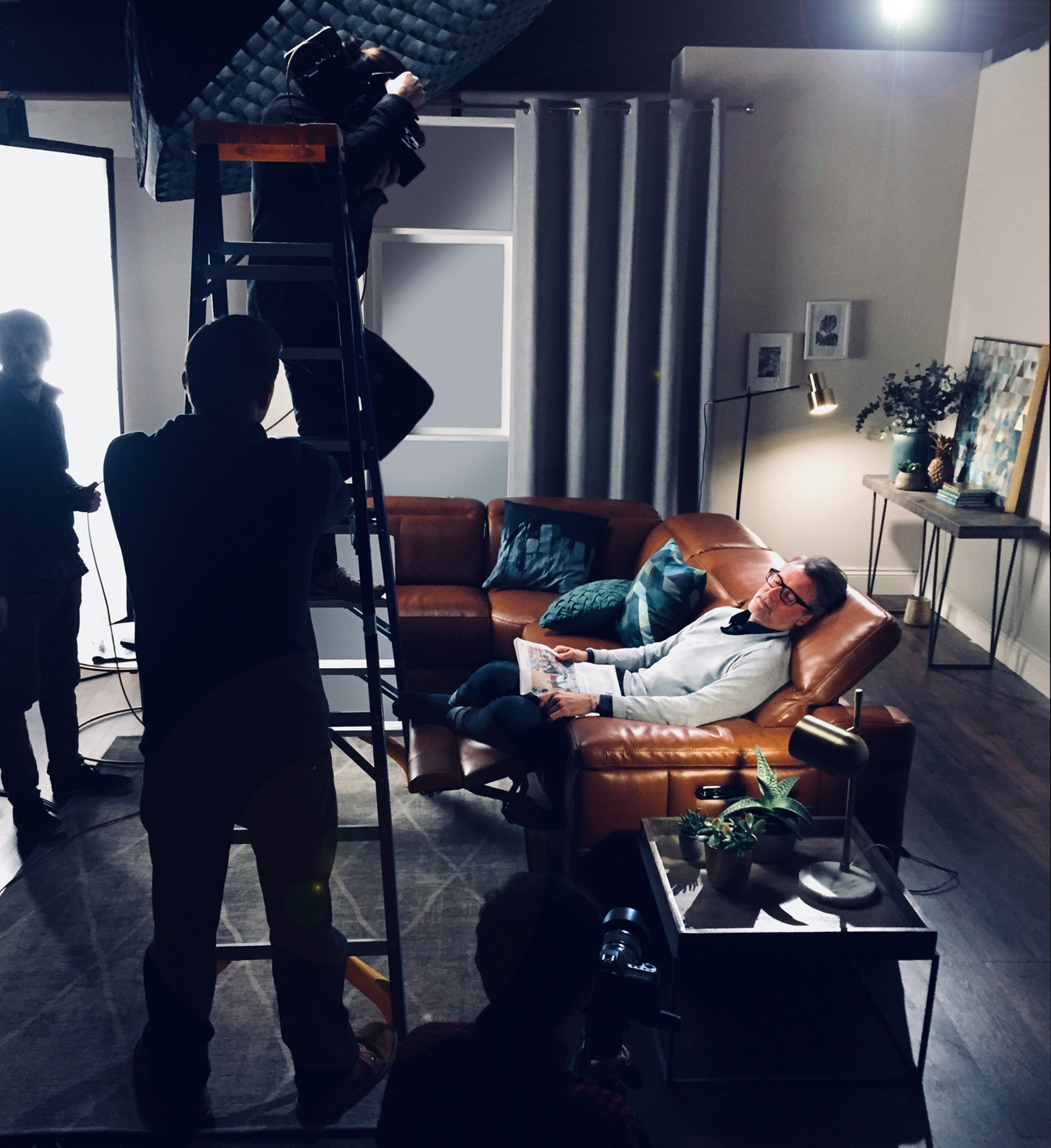 Its been a busy few weeks shooting stills alongside a large film crew for Sofology sofas and quite challenging at times manoeuvring around ladders, boom arms, babies and dogs!!

But against all obstacles and Lou’s stopwatch, the end results speak for themselves.

Whatever your Christmas brings let’s hope it’s a restful one.

Happy Christmas from all of us here. 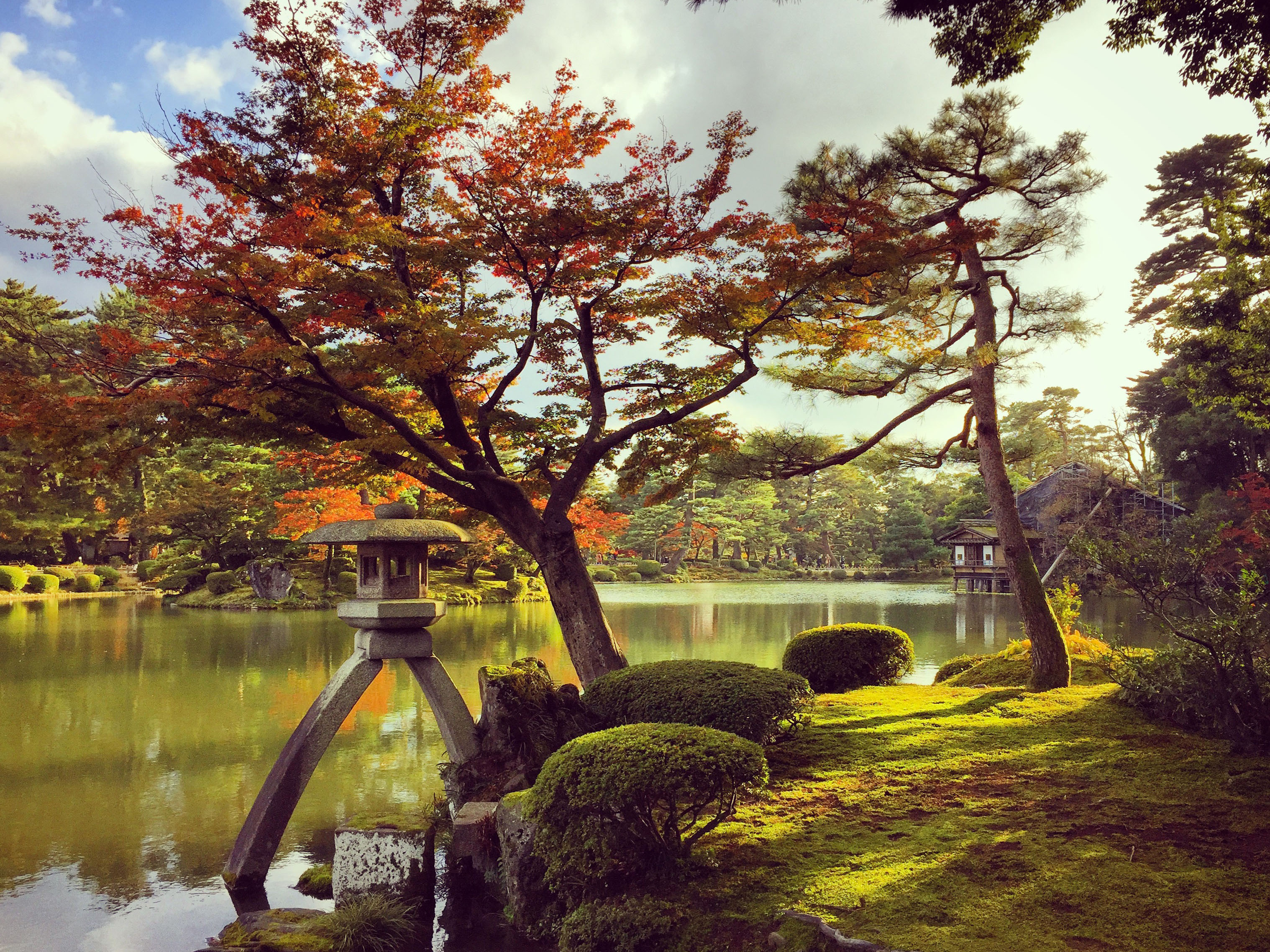 November brought a change from the normal shooting day in the studio (for Paul anyway) with an amazing and exciting trip to Japan. Which is one place everyone should go if they can.

We travelled all across Japan in a fun packed 2 week break taking in all the sights and loving all the different scenery, food and wonderful people………just don’t forget to pack your camera!!

A flood of changes /September 2017

We’ve changed our spots, not only with a fresh lick of paint but also a new name – evolving from Lime Creative to Flood.

There are many reasons why we thought the time was right for a change but in short, we’d simply outgrown our old brand. So we commissioned Telling Stories to help us define both our ability and our personality.

Our new name is underpinned by the simple idea that we’re really rather good at creating natural light, which is what many of our customers suggested was our super power… Well, that and the fact we’re a pretty good bunch to work with too.

We’d love to hear what you think of our rebrand so please do drop us a line. 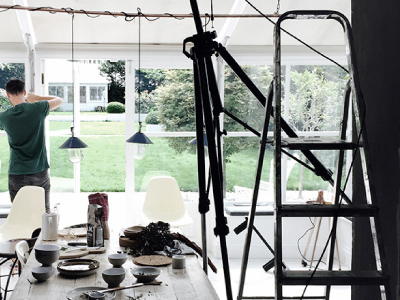 On the road again to that there London town – we got into the festive spirit early (without touching a drop) by spending four days shooting Christmas in August… Is it too early to get excited about cranberry sauce? 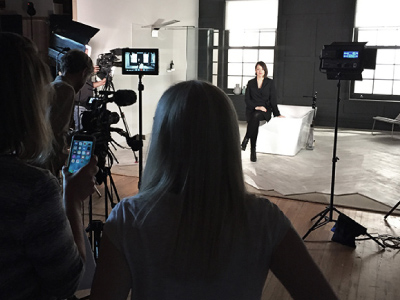 Following a huge bathroom set build in our very own studio here in Darwen, enjoying an exciting day with the film crew was also a welcome added bonus.

The build was pretty demanding, but it was also very rewarding to work on such a large and complex room set and the results were well worth all the effort. 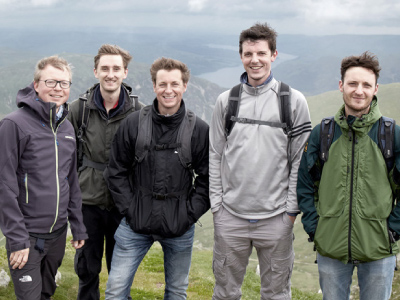 Who says photographers don’t know how to have fun? Well, probably no one actually… and although a day tackling Striding Edge then Helvellyn isn’t for a stroll for the faint hearted, we call it fun.

A great day was followed by a lively night out (obviously) in the name of team building – watch this space for our next adventure.